Orangeburg Pipes: What Are They and Why They Should Be Replaced

Photo by Anıl Karakaya from Pexels

If you’ve ever heard the term Orangeburg Pipes when talking about plumbing, you may have wondered what that even meant. These are sewer pipes that may be hidden beneath your home. There’s a good chance that you may never notice them unless a problem arises. If your home does have Orangeburg Pipes though, you could be in for a lot of trouble in the case of a plumbing emergency, so it’s best to understand if you have them and the implications ahead of time.

Digging Into the History

After World War II, many builders were using inexpensive building materials because there was such a demand for new homes. Orangeburg pipes were a relatively cheap option as far as plumbing went and thus became quite popular to use at the time. And if you are wondering why the strange name? Look no further than their manufacturer – Orangeburg Manufacturing Company. Their ease of use led to widespread adaptation from home builders in the 1940s through the 1970s.

What are Orangeburg Pipes?

Orangeburg Pipes are a fiber sewer pipe that were manufactured from wood fibers bound with a water resistant adhesive and filled with liquified coal tar pitch. Because of their construction, they were more lightweight than their counterparts and easier to work with. These pipes typically only have a 50 year lifespan before needing to be replaced or facing potentially major issues.

An Aversion to Orange

Unfortunately, there are a lot of downsides to having a home with Orangeburg Pipes. As these pipes age, they end up losing their form, including their circular cross-section. This means that tree roots are easily able to grow within the pipes, which leads to obstructions and sewage backup. Ultimately, if roots infiltrate the pipes, you could see the creation of dangerous sinkholes in the surrounding areas.

Another potential issue is slow drainage. Outside of obstructions, these pipes typically flatten and disintegrate over time, which creates permanent blockages that can’t be fixed. Even using normal drain cleaning products and procedures, can’t resolve this issue.

If you have these types of pipes in your home, you may notice a sewer smell due to sewage backup. This resembles the smell of rotten eggs or spoiled milk, and could point to a potential sewer gas exposure, which can cause health issues. A related problem is the chance of a full sewer line collapse, which is a plumbing emergency.

RELATED: Toilet Trouble: Common Problems and How to Solve Them

Do you have Orangeburg Pipes?

There are a couple ways to find out if your home has these types of pipes. First you can ask around your neighborhood to see if any neighbors have already confirmed they have this type of plumbing. You can also make an educated guess based on when your home was built. If it was built between 1940 and 1980, there is a good chance you may have Orangeburg pipes.

Other “symptoms” of these systems are frequent clogs, indentations in your yard, and deteriorating pipes. If you see any of these issues, or notice gurgling in your toilet or backed up water in your home, then you should contact a plumber immediately to diagnose if you do have Orangeburg pipes that need to be replaced.

Bringing in the Replacements 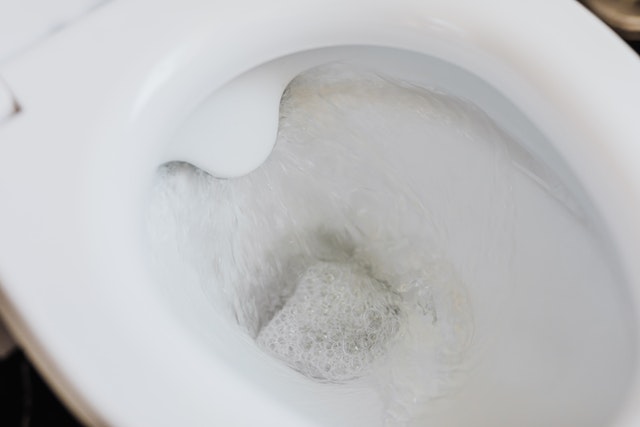 Photo by Karolina Grabowska from Pexels

If you discover that your home has Organgeburg pipes, you may want to look into replacing them before something inevitably goes awry. A full sewer line replacement is not cheap, but is the best course of action to fully resolve the issues that can be caused by these pipes. If you can’t afford to do a full replacement, there are steps you can take to either incrementally make improvements or to monitor your pipes over time as you save up.

If you think you may have Orangeburg pipes due to the age of your home, or some of the plumbing issue “symptoms” your home may be facing, it’s best to truly find out. Premier Plumbing can help you confirm if you do in fact have these types of pipes, and what the best case of action is to keep your home functioning properly and your family safe.

To get in touch with Premier Plumbing please complete the form below: